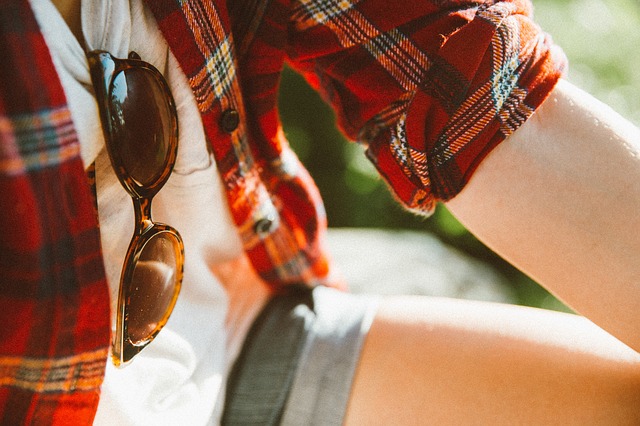 As strange as it might sound, London is currently enjoying a rare spell of actual sunshine. We’ve reached those blissful few weeks when spirits are lifted, when the sun doesn’t set until after 10pm, and where you can’t take a stroll without picking up the smell of a nearby barbecue. Yet despite many summer’s worth of practice by this point, British men still seem to have no idea how to dress for the hot weather. And like clockwork, the return of the great British summertime has led to the return of many questionable sartorial choices, as offices up and down the country are invaded by flip flops, sunglasses and football shirts.

It almost goes without saying that Spark and fashion go hand in hand, but even us ‘fashionistas’ are guilty of some of these summer fashion crimes. Here, we take a look at what is and isn’t acceptable as the temperatures continue to rise.

Let’s start with the most controversial. Wearing shorts to the office has become something of a national debate, with strong opinions on both sides. On the one hand (or should that be leg?) some suggest that short-wearers are willingly sabotaging their career prospects, on the other, there’s calls for the ‘tyranny’ of trousers to finally be put to rest.

Here at Spark, we err towards the latter. Yes, short-wearers encourage a more laid-back vibe. And it’s true that they make some of us look a bit like a politician on holiday. But while it’s absolutely roasting outside, we rightly give these concerns short shrift. Time to get the legs out.

For some, the sight of football shirts in the office is completely unacceptable. We’ll concede that there’s good arguments for this; not only are they just as much a statement as a clothing choice, they’re usually best left to the gym, the pub, or the football pitch itself. Plus, they’re completely at odds with many office environments – you don’t often see much club partisanship on show at board meetings, for example.

But in these heady July days, we’re willing to be a bit more relaxed. Football shirts are comfortable, stylish (yes, stylish), and even worn to raise money for charity.

Acceptable? Yes, but only in a World Cup year.

Picture the scene. You’re at your desk, getting stuck into an opinion piece, or comment for a feature. All of a sudden, a strange flapping sound starts from across the room, knocking you off your stride and leaving you puzzled. Are we trying out the ‘experimental’ radio station today? Is the printer broken again? It’s a mystery.

And then it hits you – it’s the ‘snap-snap’ of someone’s flip-flops chipping away at your sanity. While we should all be comfortable in the office, flip-flops aren’t acceptable anywhere but the beach. Besides, the pavements of central London aren’t exactly pristine – meaning that you’re not just wearing your flip-flops in, you’re wearing all of the dirt your feet have collected on the way in, too. And if that wasn’t bad enough, you’ve got to spend your commute dodging an array of high-heeled or Chelsea-booted tube passengers, with nothing whatsoever to protect you. Don’t say you haven’t been warned!

That being said, we’re a pretty casual bunch as far as dress code is concerned, especially at this time of year. If your boss isn’t willing to budge on the formal dress code despite the soaring temperatures, perhaps its time for a change of scenery. Just don’t forget to pack your shorts.